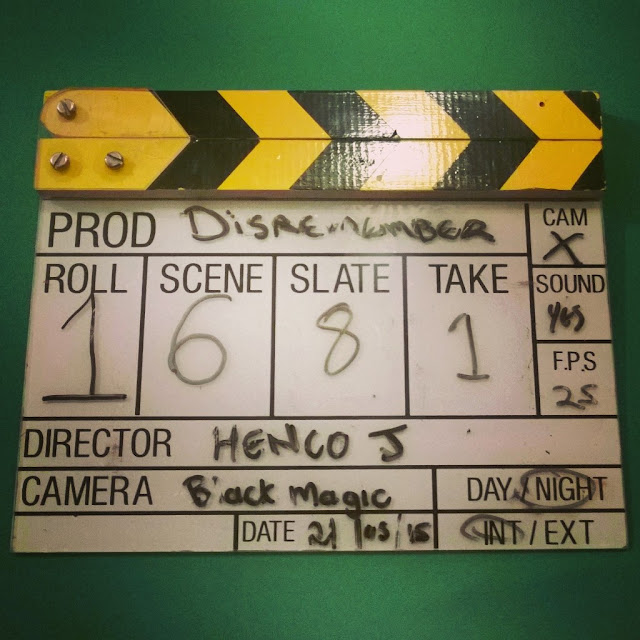 A few weeks ago I got the amazing opportunity to play the lead character in a short film made for the My Rode Reel short film competition. My last, rather brief post, was about this film. You know its going to be something special when the script for a 3 minute short film has you doing an ugly cry in a restaurant while you’re reading it.

My Rode Reel is a 3 minute short film competition where the creators of the short film use rode microphones in order to make their short films, and the general public vote for their favourites. A friend of mine who I’ve worked with before, Henco J, called and asked if I would be available to work with is team. Then, as a newlywed, he asked where he would be able to buy a cheap wedding veil:

“I know of a few places. But if you want a real veil that will look good on film they tend to be expensive. Whose character will be using it, and what for?”

“We’re shooting a wedding scene, so your character will be wearing it”

“Are you sure? And then we’ll hire you a wedding dress”

“Well, I have a wedding dress hanging in my cupboard that has only been used once, and I’m not planning on using it again any time soon”

“We really don’t need to use your dress”

“At least then I get to wear it again!”

A few days later I received my script, and the long list of costume changes I would need for the shoot. About 6 changes excluding my wedding dress. So bright and early on the morning of the shoot I packed what felt like half of my cupboard into my car and headed off to our first location.


At our first location I changed into the first costume chosen by the director and crew and in a small dimly lit bathroom. I started doing my makeup there, but realised I was relying on muscle memory more than what I was actually seeing, so I sent in the sunlight with a small compact to repair the damage and finish my makeup. 2 scenes later our art director helped me change into my wedding dress in a passage.

There’s something amazingly freeing about low-budget filmmaking. There’s still a lot of stress on all sides, but you get to work with really amazing people because they all want to be there. Everyone working on the project is there because the film is something we all want to make. It's not just a job. If we weren’t telling each other about the ridiculous things we had done on set, or situations we had been in while waiting around on set we were creating new jokes. Especially as load shedding hit us and our scheduled 8pm wrap became a 11pm wrap.

And I got to do things I had never done before. I sat in a car with a camera fixed to the window via some suction mechanism and pointing at me as we drove. There was also another camera perched on a bakkie in front of our car as myself and the male lead Reynard Slabbert drove around a barely lit neighbourhood (thank you load shedding).

AND, we played with green-screen! I was challenged multiple times to keep a moment for a minute. Or to move in the exact same way I had before, hold my arm up in the same manner or redo something over and over and not change a muscle, angle or hair. All of which challenged me immensely!

And when I crawled into by bed at 1 in the morning I was tired, and greatly fulfilled. I do think, however, that our "making of" clip tells the story in a way I cannot:

As I start a new contract in quite literally an hour and a half my time is somewhat limited this morning. I will however be doing a post on all our behind the scenes antics later in this week.

But for now, here is the time I was part of's submission for the international My Rode Reel competition!


Thank you to everyone involved, and who deemed it wise to involve me! You will all be named and shamed in the next post!
Posted by Unknown at 00:40 No comments: