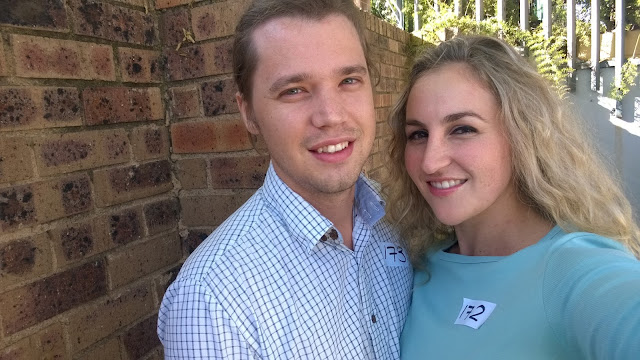 As a child Mauritz played in a few adverts. I would always joke that he’d done more TV adverts than I had. Despite being an introvert he’s not a shy person and he’s a lot more comfortable doing presentations in front of people than I am. We also have hours of footage we have yet to edit from his gopro he never leaves home without.

Mauritz was walking next to me when I opened the email attachment on my phone for an audition. They wanted ‘real’ couples for the audition. We actors were asked to bring along our partners for this one. They wanted people who knew each other and had chemistry on screen. A real connection and a sense of being comfortable with each and in each other’s presence. We also had to know the dialogue.
I opened up a second the attachment steeling myself for the memorization I would have to spend the night doing. I was expecting at least a page of dialogue, but was rewarded with two lines. One line for each of us.

I showed Mauritz our two lines.

“So they want to see all of that,” he tapped on the character description “in two lines. About food.”

“Yes. Welcome to my world.”
So the next day at lunch time I pulled the child star out of retirement to audition with me. I went in early to make sure that we were some of the first couples to audition. I bumped into a friend at the audition who asked if my husband was coming.

“He’s on his way. I came early to make sure he doesn’t have to wait too long. And your husband?”

“Oh. He doesn’t perform. He would just sit motionless in front of the camera without saying a word. A friend of mine is helping me out.”

The casting director was fabulous with the spouses/boyfriends/partners. Or at least she was with mine. Having seen me regularly she patiently guided Mauritz through the ID on camera before we did our two lines, and then explained what improv was before asking us to improvise a conversation.


The most important thing about the audition was how much fun Mauritz had doing the audition with me. I got to do what I love doing with the love of my life. And he enjoyed it too! 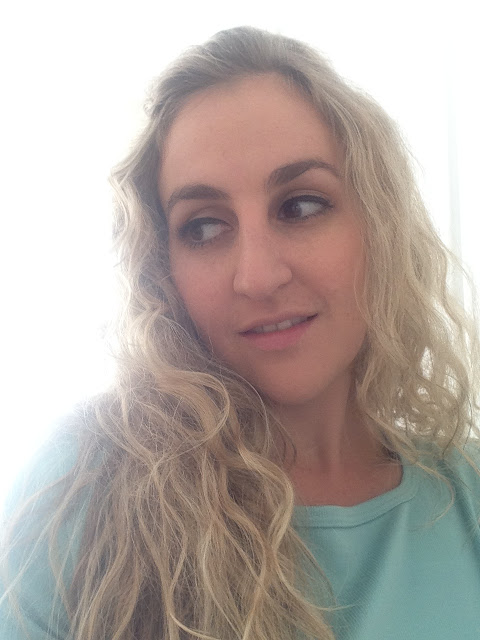 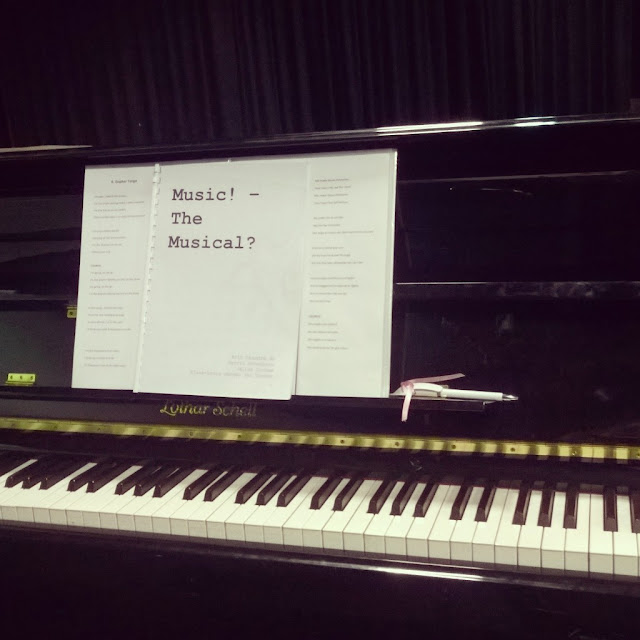 It’s the quiet season. At the very least I’m heading into the quiet season. After back to back auditions one week I suddenly had no auditions for two weeks. There will still be a few auditions in drips and drags but the stream of auditions will probably start up again in September. Which means its time for me to start writing my own work. My Masters is finished, so there are no excuses not to be writing. Creating. Making.

I’ve done a lot of writing in the past. Plays, songs, music for university shows, for shows I’ve written, or just for myself. It had always been rather simple. Either I, or my partner and I, would sit down and create and it would be wonderful. Or after 15 minutes we’d throw in the towel, have a glass of wine and regroup the next day. Usually we’d write what we needed within minutes. We had also learned if we tried to force a melody or a lyric on a bad day it usually wasn’t very good.

I’ve never really needed a creative process before. It was as simple as sitting down and writing what I needed to write. Now I’m a new space physically, emotionally and spouse-ally. My writing partner is an ocean and a continent away. I’ve been stripped down to bare essentials which leaves just me with my life as it is right now. Writing about that has its own unique set of complications.

“I know the storyline. I know what I want to write. The ideas are rattling around in my head but I can’t get them onto paper.”

My mom raised an eyebrow.

“Metaphoric paper. I can’t get it into my word document in a ready-to-export-to-pdf form.”

My mom knowingly waited for me to finish. 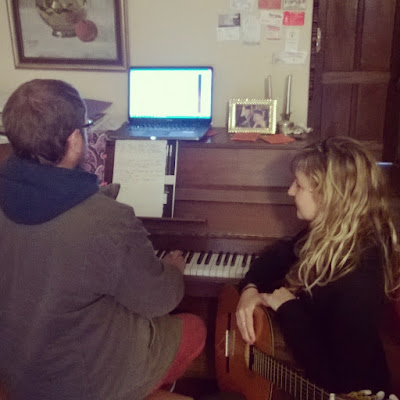 I sat behind my computer last weekend in my husband’s office for hours as he worked on a deadline. I started and stopped. I went on to facebook, twitter, pinterest. Instagram. I stared at the script I started writing months ago, the cursor flickering in anticipation of pressure on keys. I’d written the first scene over and over again. Somewhere between boredome and frustration I opened another document. I just started typing. About anything and everything.

As those words spilled over the digital page my other stories started to shake loose.