"Never say I don't take you anywhere interesting" has become a favorite phrase of mine, and is fast becoming a joke between my ever patient boyfriend and myself. While shooting I have been to, shall I say interesting, locations: The streets of Joburg at night, I've driven through a ploughed field I was sure would brake the suspension on my car, a home google maps couldn't find and dusty back corners of the state theatre. For an audition, however, the strange location I found myself in in an industrial area of Edenvale was a first.

Via the wonders of social media I heard about an audition to do some pro-bono voice and body work so that a company could pitch for funding for an animation. I figured that it would be really good experience, even if it was for free. I emailed the contact person as to what I should prepare, and the location of the audition.  I was given the address, told just to pitch up and it promptly left my frontal lobe making room for more important matters. 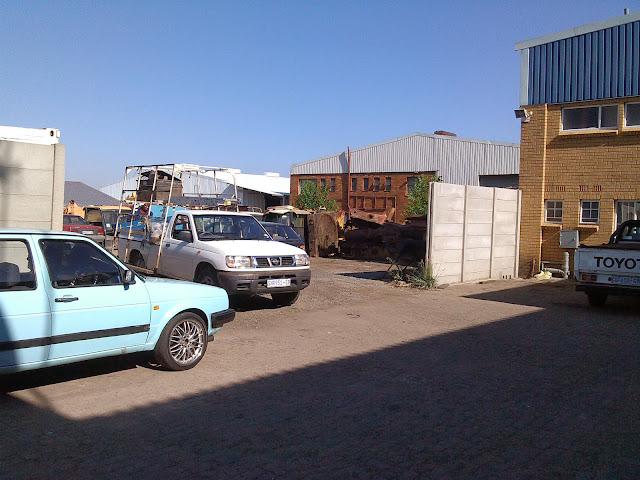 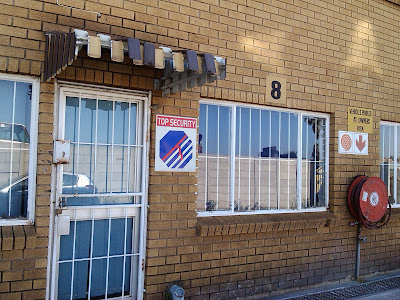 The morning before the audition, I received an email reminder for the audition at 8 the next morning. I was then also told that I needed to prepare a minute monologue, from an animated film. Of course I was working in a theatre the whole day and of course I get told what to prep the day before. So after getting home after 9 I spent an hour googling "female monologue animated film/movie" and I found something I deemed reasonably appropriate. I memorized it...mostly...and checked via the ever faithful google where exactly I would be auditioning in the morning. Google came up with nothing. Nothing in the given area matched the street address I was given. After the third attempt I checked the first email. There had been a spelling mistake in the reminder. So I googled the correct address in an attempt to forage a path for myself for the morning. Streetview did not look promising. At all. But at that hour of the evening I decided that it was a problem I would deal with when I got there.


The next morning while I was showering I said the words of my monologue out loud for the first time, playing with a few ideas, but the practice needed to end with the water as I dried myself into some semblance of put-together-ness. And then I was off to find this location for my audition. A quick google told us that the venue was an institution which trained/prepared models for the camera. This made sense as it was an on-camera audition.
I always try to be a little early for an audition, but when we arrived at what was the correct number on the door at 5 minutes to eight and the venue was entirely locked up I started becoming doubtful of the legitimacy of this pro-bono project. I decided that if, by a quarter past eight, no one had arrived I would invoice the group for my petrol costs and be on my way. So with time on our hands we explored the industrial area, with sheets of metal and power cables existing the space next to our said venue. And right across the door we found where tractor tyres went to die. An entire graveyard of tractor tyres stacked up dwarfing me (although my freakishly tall sibling would comment that dwarfing me isn’t exactly a challenge).

As we headed back to the car two more cars arrived, with apologetic people clambering out and unlocking the venue and carrying equipment. I filled in the paper work as they set up before the first round of auditioning for an animated super-hero. A communal yes and more signed paperwork moved me to the second round. Even though they seemed to like me, and the audition went really well I have not heard back from the team of animators. It comes with the territory. So you post pictures online of tractor trucks that dwarf you, you laugh at the circumstances, you find yourself in, and you prepare yourself for the next audition. Cause maybe this time it will be your day.
Posted by Unknown at 05:17