As often happens, I received a casting the night before it took place. Which perhaps is why actors tend be erratic. This casting was different due to a little add on in the email: in the advert the actresses would be appearing in their underwear, and therefore need to be comfortable with this. But there was no notice in casting brief about specific wardrobe. Usually if you need to wear a bikini for a casting you get warned beforehand. Although no amount of sit-ups in one evening is going to make you look better, it’s still worth a try. But then you also know to take a bikini along. I think this little note stuck somewhere in my mind, so when I got dressed for my audition that morning I made sure that my underwear wasn’t see-through at the very least. At the very least.

An hour’s drive became extended somewhat due to the robots being out as we had electricity blackouts in South Africa this past week. And although I arrived early for the casting so many hopefuls had arrived for another role that our casting ended up starting about 45 minutes late. It also gave all us ladies time to obsess as we were told we could change into our bikinis so long. Almost none of the girls had bikinis with them. None of us had been warned by our agents. Those who lived close by could drive quickly and fetch theirs, but others, such as myself, were left with the only other option. Strip.

As I talked with three other ladies before the audition I was at least assured that they didn’t have bikinis with them, and would also be stripping for the camera. I couldn't help myself:

"Oh well, its my job"
I joked while I mimed pulling off my blue dress.

As we walked in for the casting we were given our options:

“Ladies, If you don’t have a bikini here that’s fine. Take off as much as you feel comfortable with. If you want to leave your pants on or anything its fine. But remember, for the advert you will be shooting in your underwear. Not a bikini. Just keep that in mind”

In the batch of women I did my casting with only about three ladies had bikinis on. The rest of us stripped down to our underwear and two girls just took their shirts off. I had a maroon bra on, and lime green polka-dotted bottoms on. If nothing else the clashing colours would make me stand out. And I was surprisingly fine with it. We were all in the same boat, and joking about what we were wearing beneath. And quite interesting it was probably the most relaxed casting I’ve ever done.

Fortunately I was finished with my casting before the electricity went out. But I heard some of the other girls had to do their casting in the lobby of the building as they were was no electricity to turn on the lights for the battery powered camera. I suppose there is a first time for everything. 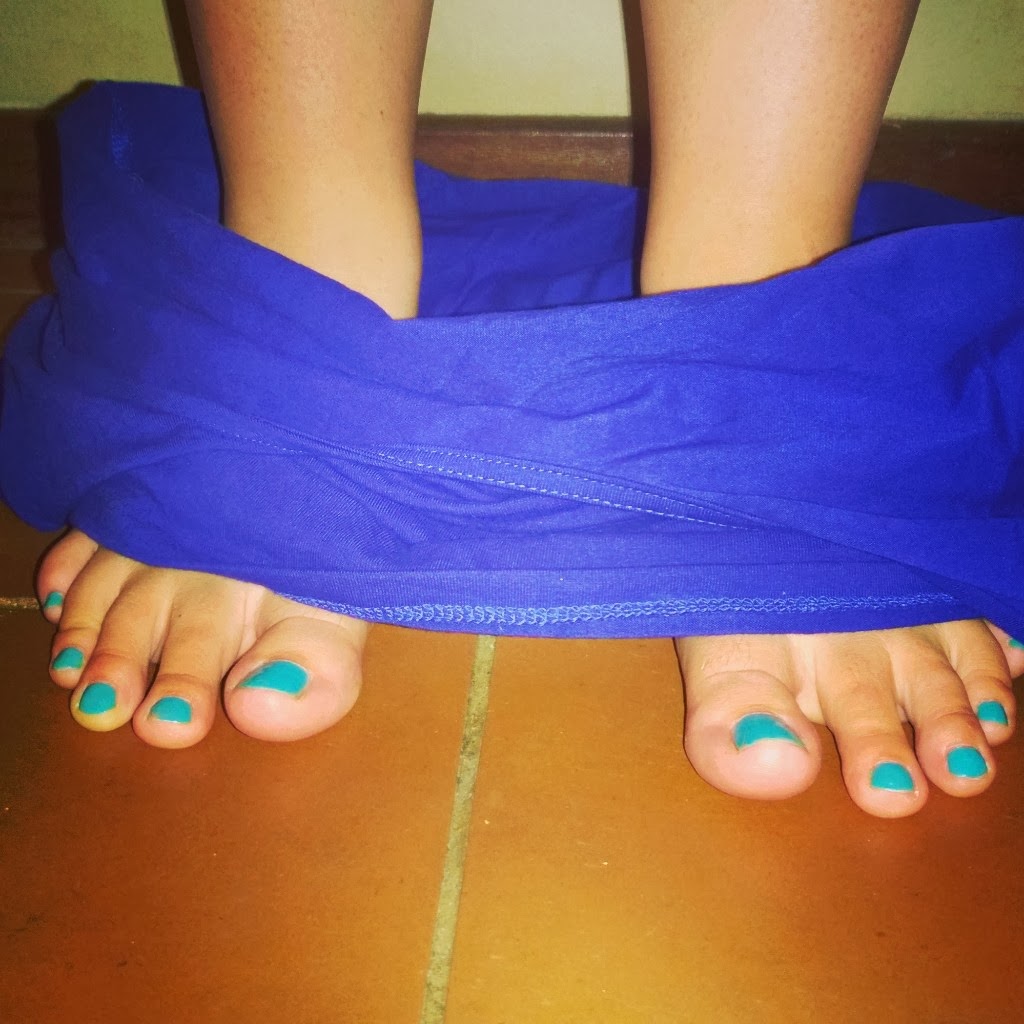