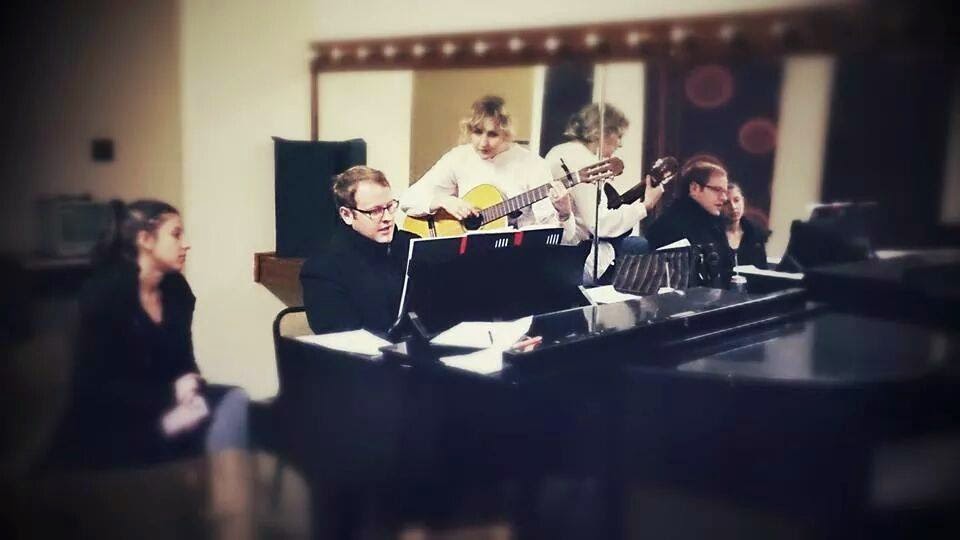 These past few weeks has seen the creation of a new musical…Music! – The Musical? A (hopefully) comedic look at the lives of performing artists, specifically four members of a band who are desperate to make it, or at least pay their rent.

A very good friend of mine from school, Mr Gerrit Scheepers, who is currently busy with Masters degree in music and I sat down over many cups of tea and pages of scribbled pieces of paper to create our new musical. Two years ago we wrote the music for Suikerbossie, and Afrikaans musical made in collaboration with my friend Miss Jesto Marx. At some point much earlier this year we decided to write another musical called Music and that it would be about musicians and performing artists. The opening of entries for the Krêkvars Student Arts Festival provided both the motivation and timeline to force the two of us to get the musical done. So we started writing. A meeting or two later we narrowed down a list of friends who had good voices for singing and acting experience and a few messages and confirmations later we had a cast. Gerrit, the recently married Mrs Aliza Graham, Mr Klaus-Louis Jansen van Vuuren and myself. 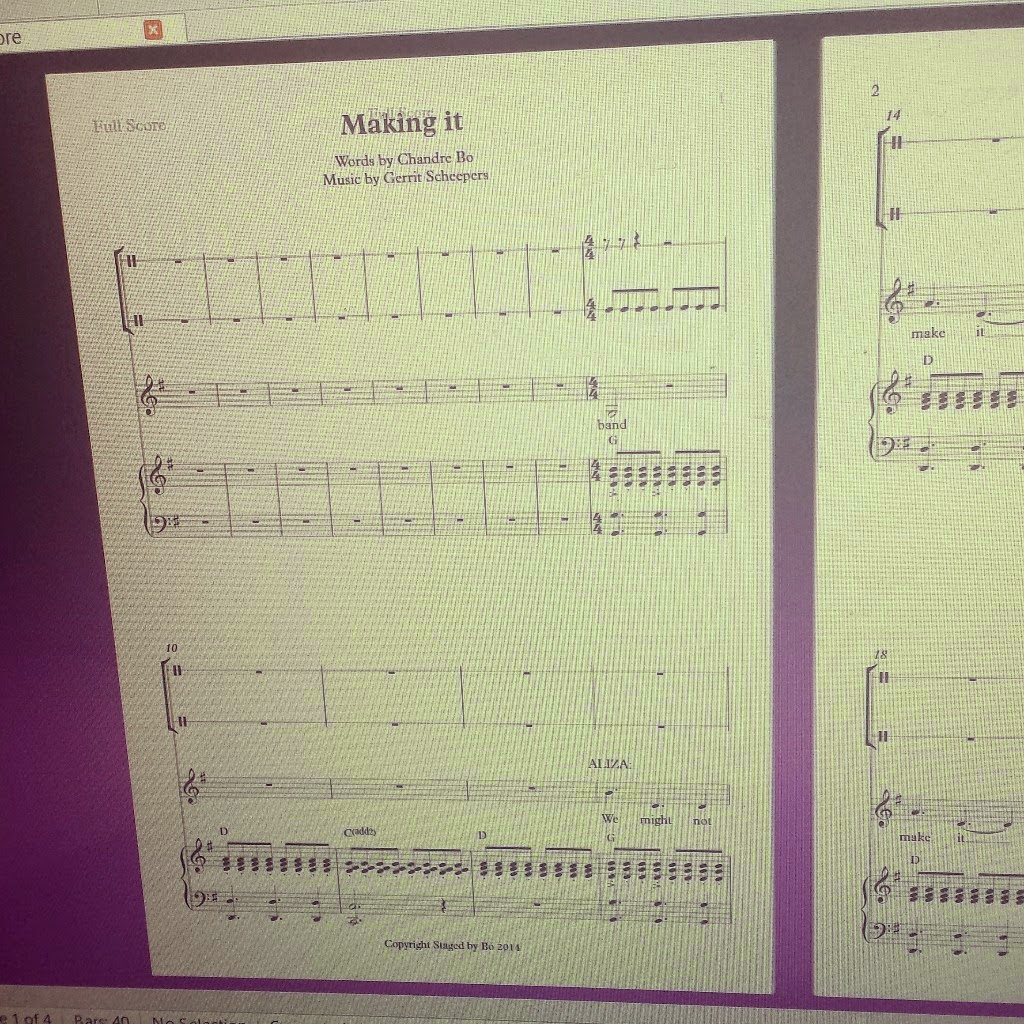 Gerrit and I have learned in the past that when the music doesn’t flow you just can't make it. And sometimes creating new music calls for watching videos on youtube, and definitely calls for cup after cup of tea and coffee and definitely a glass of wine here and there. And when it just doesn’t want to work don’t force it. On the previous musical we had written together for we had sat for about 4 hours one evening really trying. We researched themes, looked up meanings of words and battled to come up with original lyrics or inspiring melodies. Every word I wrote that evening just felt clichéd. Eventually we decided to just get takeaways and watch a movie instead of spending the night working. Two days later when we got together to work on the same song we wrote the whole thing in less than half an hour. Inspiration and creativity is not something that you can hold to a schedule, but unfortunately needs to be held to a deadline. 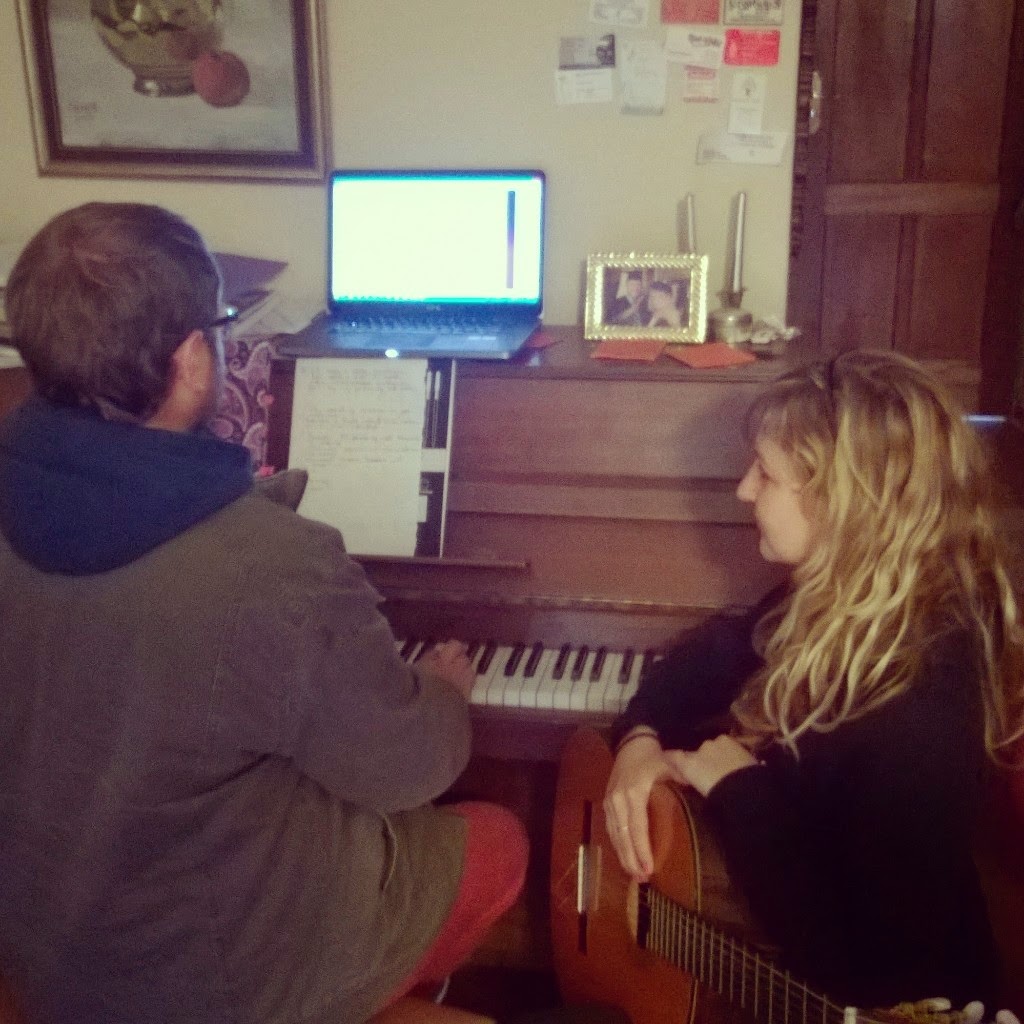 As per usual, the writing of the music was the easy part. But just as Jesto and I had mulled over the same point in the past we found ourselves once again without a climax. We knew the themes we wanted to explore, we had a general story line, but we didn’t have a climax and ending. And the fact the Klaus would not be able to rehearse for a week and a half before our technical rehearsals made the writing of the script even trickier.  And so commenced the familiar game of “what if….” which tends to work as follows:
The creators of the script which was Jesto and Myself in the past, and in this instance our entire cast are in the rehearsal space. I sit with poised pen and paper and affirm our need for a climax. Then it starts….

“What if someone dies”
“What if the main character ….”
“What if a sub-character…”
“What if we bring in an outside element”

After and hour of this I usually feel like exploding whenever I hear the words "what if?"

Aliza’s idea of a phone call had already been rolling around in my head a little before she mentioned it. I had thought by then that an outside element would be necessary to bring an emotional climax to the show. The Deus ex Machina as we had learned in a first year theory class about classical Greek theatre. From the circumstances of the play we couldn't go anyway, and nothing could be resolved with an outside force. It took literally a full day before my penny dropped. At was only at our next rehearsal, while awaiting my next cup of tea, that the idea came to me for the climax of the show.

We are very proud to be presenting Music! – The Musical? at the Krêkvars Student Arts Festival held at the University of Pretoria. SO…if you happen to be in the area please come in and support our hard work. And click right here to connect to our facebook event for the show!