Starring A Call Back 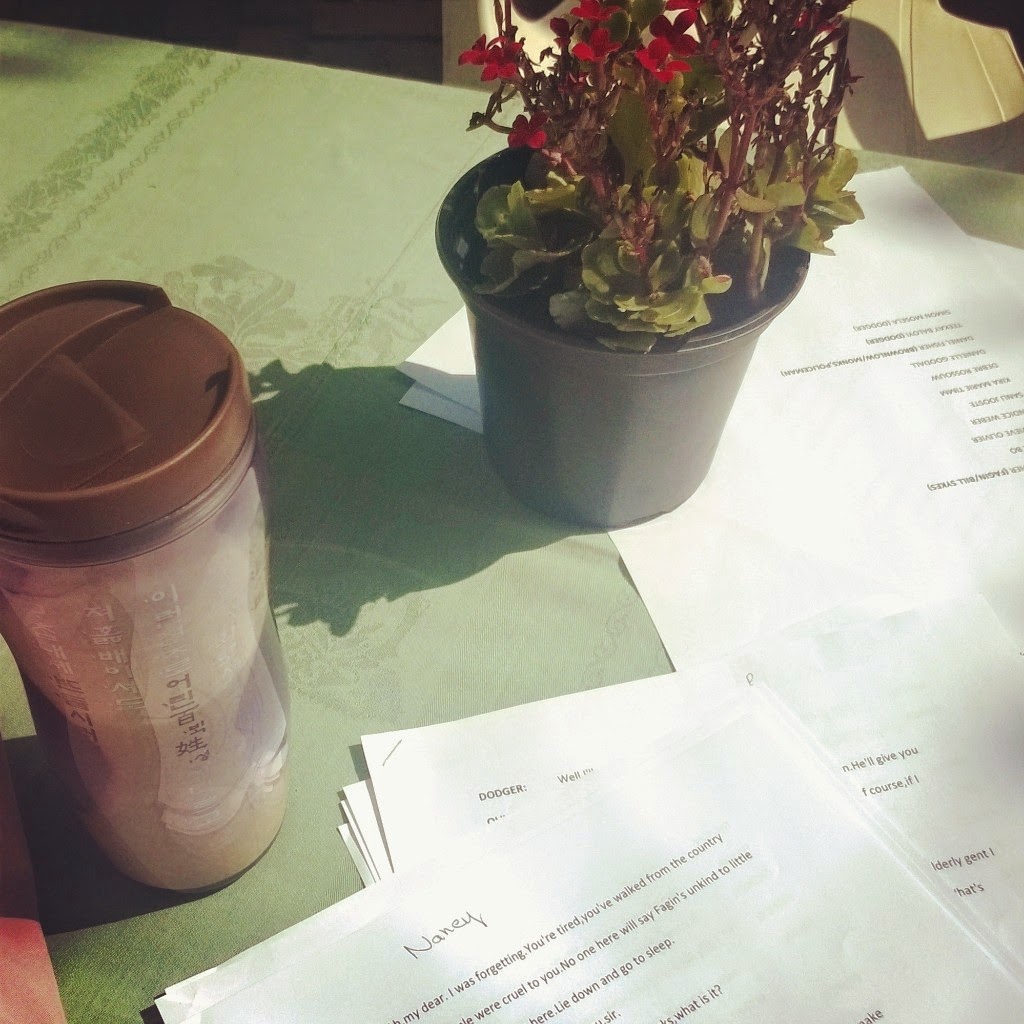 It’s always good to start the week with a call back. It makes you feel like you have a foot in the door, and something you did last week is paying off this week. You’re starting at step two, and you’re not back at step one. Again.

And so I drove off to my call back. Bright-eyed, bushy tailed and GPS free. For me that was almost a bigger achievement than call back itself.

We spent most of the three hour call back slot running lines for the scenes we would be performing. And as I sat under a tree, trying to hone the cockney accent we were later not required to do, and practicing three scenes that were later not seen, white stars started to jump across page.

And no, it wasn’t a hallucination. A friendly warning, and precursor to a migraine, the white stars blurring my vision to the point where I couldn’t read anymore is medically known as aura. Usually about half an hour after the aura a migraine which renders me helpless kicks in. Unless I medicate myself. I started digging through my handbag for my medication I usually carry with me. As my search yielded less and less in my small handbag I realised that I had used and not replaced my last dose of pills, known as a migraine cocktail. I usually only get a migraine once, at most twice a year, and as the last one had been two weeks before I still had a dose in my house I hadn't worried about replacing it too hastily. I walked to my car to see if by some miracle the cubby hole in my car would provide a solution. I did not. Although I did find a pair of sunglasses I thought I had lost, and thankfully a box of strong painkillers. A friend gave me muscle relaxants in case the pain killers didn’t work and I was back to my group to rehearse. Stars and all.

Thankfully we waited so long for our turn to do our call back that the aura was gone by the time we walked into the space to start. And I was only left with shaky hands by the time I had to do my part. The roughly 15 pages of text we had to prepare was cut to about 4 in an attempt to get through all the actors auditioning for the various parts we were reading for.

About 10 minutes after we had entered the space for the call back, and three hours after we arrived, our band of actors left. And still able to see, and drive, I left the theatre, GPS free and managed to make my way home again.
Posted by Unknown at 00:46