Pencils at the ready: The adjudicator's decision is final 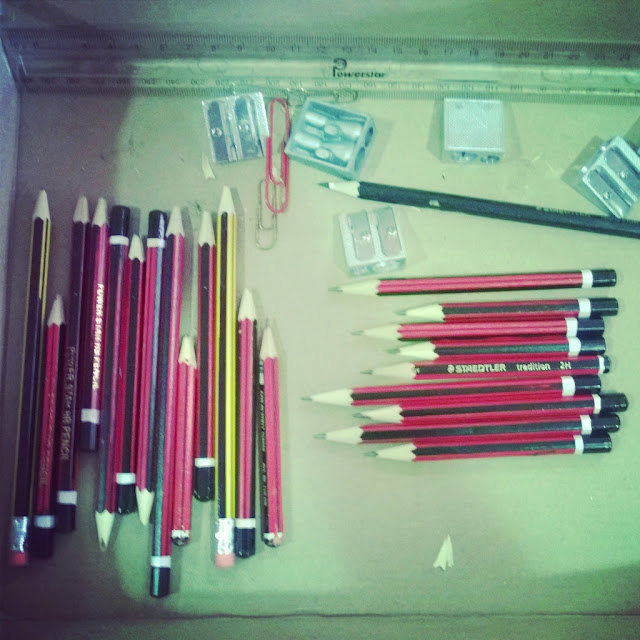 I might moan a lot before leaving to adjudicating eisteddfods. I’m away from home, by myself, working long hours and generally I have a headache most of the time from concentrating for long periods at a time. However, the pay is good and when I’m there I give it my all because I know the value of eisteddfods. I feel that eisteddfods are important for kids to learn. And not specifically for the kids who want to become actors or study drama. For those kids eisteddfods are a chance to learn new skills. Get different feedback, a fresh set of eyes, a new point of view on their work and how they can improve. Those kids are a lot of fun for me to watch and help them grow as performers. For me eisteddfods are important for the kids who struggle to get through a ten line poem because they are so nervous. The kids that rush, forget to breathe properly and have never been on a stage before. For those kids eisteddfods are important as they learn public speaking skills. They learn how to speak to audience one day when they are presenting projects, or pitches. Or how to speak in a job interview. Needless to stay, I take adjudication very seriously.

You grow a thick skin after an eisteddfod or two. Despite being asked to be there as an expert there will always be parents, teachers, and the odd high school student who doubts that you know your poetry from your dramatized prose. Although you get used to it, it is always surprising where someone’s anger comes from. What they think you did or didn’t do. What you saw, or didn’t see. I’m human, so sometimes I still get a bit angry, but mostly I find it amusing.

I had had a good week and a half. There had been no specific incidents, I been fed good food, it was my second year adjudicating at the same venue and I knew the ropes and the people working with me. On my second last day I walked into the school 15 minutes earlier than planned. I was accommodating students who couldn’t attend the eisteddfod at their designated time, so I was putting in extra time to help them out. As I readied myself with a cup of green tea one of my aids walked in with a photocopy of a report I had written the day before stapled to a poem and a letter from the drama teacher. When I had adjudicated the child the day before she had performed poetry in the dramatized monologue section. I had written in her report that she had done really well, but I had to be strict about the sections. I am always strict about the sections in which children are entered in whether I’m adjudicating drama or dance. I can’t compare beginner tap to advanced ballet and it helps the kids learn the different forms and what they entail. A part of me wasn’t surprised by the letter as I had seen the family congregate around my report after the section. According the letter:

Apparently she had performed the piece before at some other eisteddfod, also in the monologue section and had done very well:

“She received a diploma for the same piece”

Thankfully the chairperson of the eisteddfod was on my side, especially as I refused to reconsider a mark I had already given. This incident was, however, just the first for day.

At this particular eisteddfod the setup is great for me. I have an aid next to me who not only does all the admin, she has each child’s poem with her and prompts them if they get stuck. She also marks where they forget words, so I can double check with her if I think a stanza or a line has been left out by a performer. Although, after hearing the same 2 poems about 40 times I knew them by heart too. The second performer of that section of Grade 7 girls dropped a whole stanza from the 5 stanza poem.  When I turned to my aid she had already marked on the page where the stanza had been left out, so I wrote my report, adding in that the mark was lower due to the fifth of the poem that had been omitted. Roughly 21 performances later a teacher in a beautiful blue shirt stormed down on me through the isle between the chairs which divided the hall in half:

“You made a mistake” she claimed.

I looked at her blankly. Without at least the child with her I had no idea of who or what she was talking about.

“You claimed that my student left out a stanza”

I considered starting by explaining what a stanza was but thought better of it.

“Let me see the report” which I thankfully recognised immediately.

“I didn’t make a mistake. Both my aid and myself noted the stanza which was left out” my aid showed the sheet of paper with the marked stanza.

“You made a mistake. I was following her performance”

“So was I. And she left out an entire stanza”

I returned to sharpening my pencils before the next section started.

“I’m not going to reconsider, I’m sure of what I heard and my aid agrees with me”

The teacher stormed back out of the hall flapping the certificate and report as she went and claiming loudly for all to hear:

But my fun afternoon didn’t stop there. As I mentioned before you get used to all kinds of things, but there’s always something that surprises you.

Roughly the second boy in my Grade 7 section started with the Grade 6 poem. He got about halfway through before saying the last rhyming couplet and walking triumphantly off the stage. When he started I paged back to the Grade 6 poem to follow what he was doing. I wrote out his report and the next Grade 7 boy walked on stage.  Who also started with the Grade 6 poem. A great many different scenarios started running though my head. Had the poem been labelled incorrectly, had teachers not been specific? And then the boy fumbled, and picked up again on the second stanza of the Grade 7 poem. When he finished and walked off the stage I looked at my aid without saying a word:

The calligrapher on the other side of the aid chimed in too.

“In all my years that’s the first time I’ve heard that happen. I couldn’t believe it”

Apparently neither could his mother. Who marched up to me after she had read the report. What ensued was a play ground round of “He did” “No he didn’t”. I wasn’t going to play that game.

“I’m really sorry, but three of us agree that that is what happened. I’m not making this up.”

I shrugged my shoulders.
She tried the phrase again as if it would change something, and then walked out of the hall.

So I close with an open statement to parents:

I don’t know your children, or you. I adjudicate purely on what I see on stage, and I always try my best to be positive and uplifting with every sentence I write. I want your kids to do well. I want them to come back and perform again and to enjoy being on stage. Eisteddfods create audiences who appreciate theatre. And quite frankly I want to come back again next year. The pay is good.